In 2012 Patriot Home Mortgage expanded and became a licensed mortgage company in Florida, New Mexico, Oregon, and Virginia. The company closed 2012 with 761 loans funded for $189 million. Russ purchased a new 13,000 square foot office and moved the company to make room for an expanding workforce of 150 mortgage company employees.

Starting at the tail end of 2013 and continuing through much of 2014, the mortgage company experienced its first downturn. While 2014 was a difficult year for Patriot Home Mortgage and many mortgage companies, Russ led the company to diversify the business model into more sustainable business channels. Patriot Home Mortgage picked up a preferred lender relationship with Ence Homes, the top builder in southern Utah.

In 2015, Patriot Home Mortgage started to excel again and ended the year with about 787 loans funded, providing $213 million in volume.

As of 2019, Patriot Home Mortgage has built a solid operations team and is ready to handle almost any loan scenario. Year to date, we are operating in 23 states and we have funded ­766 units for $220 million in volume with approximately 40 mortgage company employees.
Russ and Chet are now putting their full focus and resources toward revolutionizing the digital mortgage experience.

YES, Joe and I are very satisfied. Please pass on the message to management we are so happy with our new lender and totally give a BIG THANKS to the team at Patriot, especially during the signing night. It was nice to know people were out there as late as it was. Again… we are sooo happy!”

WHY WAIT? LET US GO WORK FOR YOU! 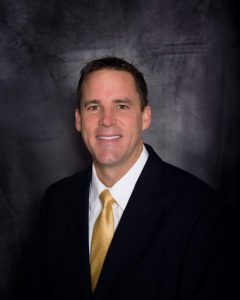 Russ began his career as a loan officer on August 1, 2003 with Chase Manhattan Mortgage. Russ was named Rookie of the Year in his first year at Chase and also qualified as “Top Gun” at the company. After two years at Chase, Russ joined Countrywide Home Loans shortly after he moved to St George, Utah. After a further two years in retail banking Russ sought a new experience in brokering loans for the next four years at Envision Lending and Superior Lending, where he was the company’s top producer (amongst over 50 loan officers). He has experience building and managing teams, systems, and processes for the mortgage industry.

Russ has an accounting degree from Brigham Young University. He is fluent in Spanish. Russ developed the “Closing Cost Worksheet” proprietary software and system used to make loan proposals and submit loans at Patriot Home Mortgage. 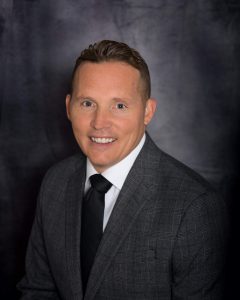 Chet Wall has been in the mortgage industry since 2002 after finishing up his Bachelor’s degree. He worked as a branch manager for New Freedom Mortgage and as a loan officer for National City Bank. In 2005, he started Flagship Financial Group which later became Flagship Financial Partners. Since its inception in 2006, Flagship Financial Partners grew from originating 50 loans a month to its height of 1300 units per month in 2012. In 2014, Chet left Flagship Financial Partners to join City 1st Mortgage Services. Recently, in September of 2016, he partnered with Russ Brown as an owner of Patriot Home Mortgage. Chet has a MBA from Arizona State University and a degree in International Trade and Finance from Brigham Young University. He also studied business at Thunderbird School of Global Management in Geneva, Switzerland. He speaks conversational German, French, and Spanish, and is fluent in English and Hungarian.

Chet Wall is heavily invested in technology for the mortgage industry and is always looking for ways in which technology can be used improve the efficiencies of the business and overall experience for the client. He is the founder of www.valoandesk.com, a website focused on mortgage originations for veterans. This website has grown to be recognized as a tool for America’s top loan originators. In 2011 he acquired the website and software, www.loxpress.com, a CRM used by mortgage professionals to manage their database of leads. Chet is currently engaged in day-to-day operations at Patriot Home Mortgage with a commitment to growing its reputation as the nation’s top lender.